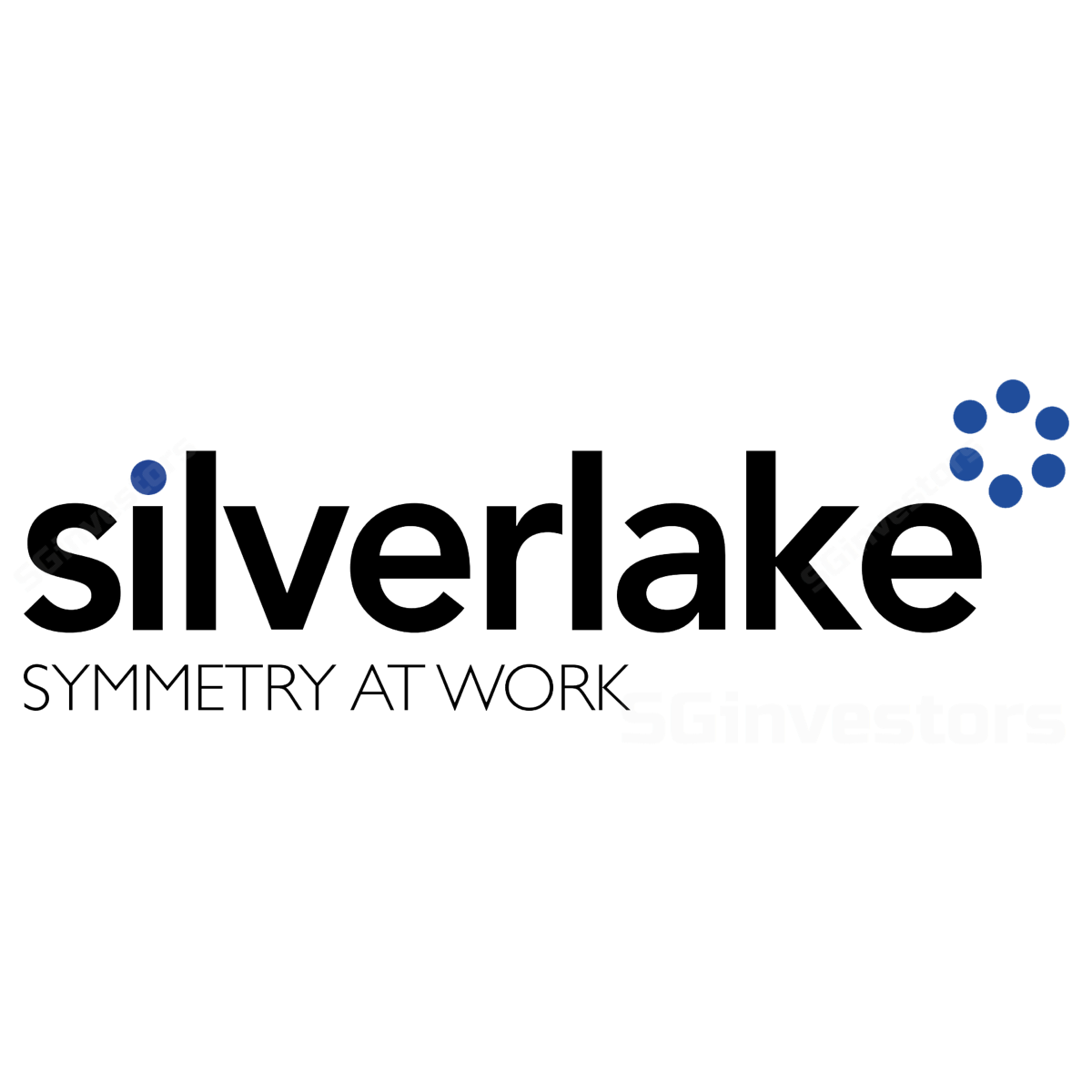 —
This column written by @J_Chou
-Jay has an interest in global macro trends, financial markets and equity research and enjoys applying a combination of the three in his investments. His eventual investing goal is to manage a risk parity portfolio and achieve true financial freedom.

Disclaimer: I am vested in this stock.

Introduction
Silverlake is Asia’s leading software services and solutions provider. The company provides digital economy solutions and services to the banking, insurance, payment, retail, and logistics industries. The company also offers software project implementation services to deliver end-to-end banking, payment, and retail solutions; maintenance and enhancement services; outsourcing services for the processing of credit and debit cards, and other credit products; and cloud computing Software as a Service platform for policy origination and claim processing for the insurance industry, as well as sells software and hardware products. It operates in South East Asia, North East Asia, South Asia, the Middle East, North America, Africa and Europe. Its major customers include 40% of the largest banks in South East Asia such as OCBC, UOB, Maybank, CIMB Group.

-FY17 revenue decline from FY16 on the back of lower demand for Silverlake’s software project services.
Management has stated this was due to uncertainty in the banking sector resulting in lower spending on major IT infrastructure upgrades in FY17, which will be offset by progressive revenue recognition in 4Q17 and FY18 from new and ongoing contracts The fall could also be attributed to a high base comparison from FY16, where completion of high value contracts from China were realised.

-Six-fold increase in earnings for 3Q17 which was mainly due to one-off realised gain on disposal of shares in China-listed associate Global InfoTech Co(GIT).
Proceeds from the disposal likely to be utilized for acquisitions and a special dividend that is expected to be announced in 2H17.
-A recent slew of positive news as Silverlake announced new small to mid-sized projects in Thailand and Vietnam, which will be recognized in 4Q17 and FY18.
Hence a stronger 4Q17 should be expected on the back of greater revenue growth in software licensing and project services revenue.
-Solid balance sheet with strong cash position. Dividend payout ratio of 40% with high dividend yield for a software company of around 5%.

Given the nature of this segment, which focuses on providing round the clock software support and software enhancement services, and given the company’s core clients are major players in the banking industry, including 40% of Southeast Asia’s largest banks, such as Maybank, UOB, CIMB etc., it provides a strong economic moat and stable revenue in times of economic uncertainty.

-As reported by RHB securities, Silverlake is in talks with a few Malaysian banks to replace their current existing core banking systems, and each contract would potentially range around MYR 150-200M.

Securing of such contracts will represent a significant stimulus to their declining software licensing and software projects segments and provide a catalyst for growth in share price.

-Positive growth in Insurance Processing segment with potential for acquisitions. 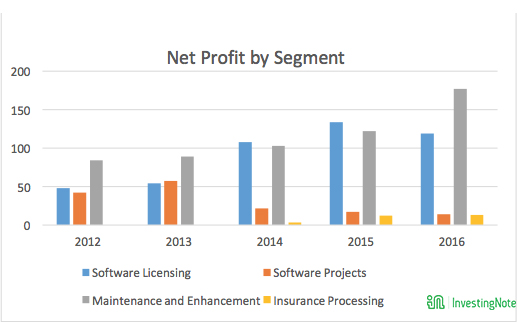 Silverlake also has an impressive 44.0% Return on Equity, and given the company is 99.6% equity financed, indicates management is very efficient in utilizing shareholder’s money.
Cash and short term investment holdings of MYR 656M. With hardly any debt and a current ratio of 5.5x, the company’s balance sheet is strong. 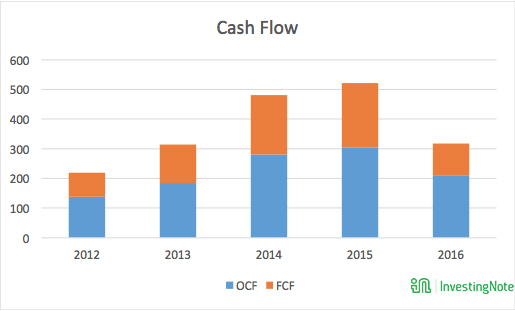 Analyst Opinion
Given the viability of Silverlake’s business model I would opine that the current valuation may be slightly undervalued, despite recent earnings report not hitting consensus expectations may suggest otherwise.

Fundamentally the company has not changed, earnings have dropped so far in FY17 due to the company’s method of recognizing revenue for new contracts hence the effect is purely cyclical. In fact, Silverlake’s intangible assets may be more valuable than it seems on the surface due to how niche the market is for core banking solutions and the high switching cost required for replacing the software. Given the company’s market leading position and strong client base, the business is an economic moat that will generate stable income for the short to mid-term of 1-3 years. Though given the fast-paced nature of technology Silverlake has to continuously invest in R&D and innovate to maintain its competitive edge in the sector.

Though an accounting scandal in June 2015 that resulted in its share price plunging by more than half from S$1.20 to S$0.52 within 3 months has rocked confidence in management, they have recovered from the incident and has restructured their business model and executed a clear plan, which is a positive sign. Targeting the insurance processing segment through aggressive acquisitions and actively seeking clients in different markets has translated into organic growth of 20-30% per year, if growth continues on a positive path then the segment will be a very profitable arm for the company given its 70% profit margin.

Silverlake’s strong financial position is also a plus point, as its relatively high cash position with no debt allows for a high dividend yield of 5% and expansion of company through acquisition. Overall, Silverlake has high upside from growth catalysts and little downside from its stable business model in the short to mid-term. Short-term headwinds include persisting uncertain macroeconomic conditions and appreciation of MYR/SGD (as Silverlake earns in SGD but reports in MYR). Long-term headwind will be the introduction of new disruptive technology.

As I am vested in this stock, I figured I will share my valuation for discussion purposes. Still DYODD!

For valuation, I employed a Model over 10 years. Projecting CAGR of 9.34% for revenue, which is based on Silverlake being able to secure contracts worth MYR 100-150M every alternate year and 20% growth for its insurance segment, which in my view is a conservative estimate given value of one major contract will easily add at least 10-20% to revenue per year. EBITDA is then calculated at increasing profit margin of 44% to 46% of revenue year on year, assuming increasing segment contribution from insurance (higher profit margin of 70%) and lower contribution from project segment (lower profit margin of 40%), arriving at EBITDA of MYR 666M after taking into account Depreciation and Stock Compensation.