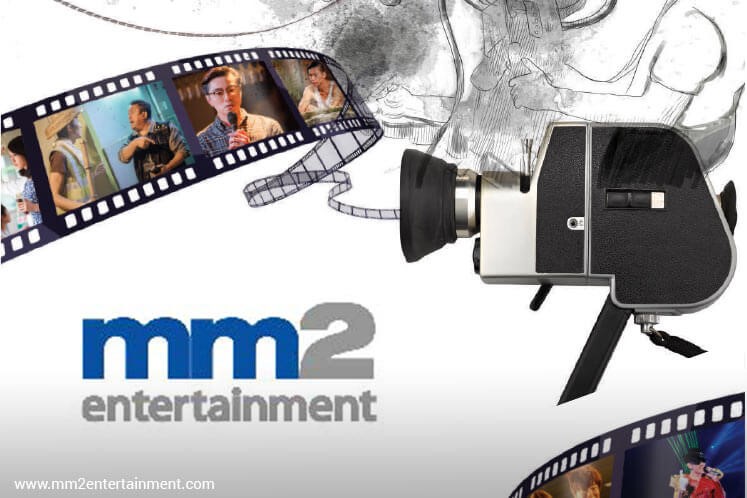 Company overview:
mm2 Asia is a leading producer of films and TV/online content in Asia. As a producer, mm2 provides services over the entire film-making process – from financing and production to marketing and distribution. mm2 also owns entertainment company, UnUsUal, and cinemas in Malaysia. Recently, it was announced that mm2 Asia has expanded its scope of its Singapore business horizontally by purchasing a 50% stake in Golden Village stake.

The Core business segment is engaged in production and distribution of motion picture, video and television program and sponsorship, and. The Cinema operation segment includes sales of cinema ticket and concession, hall renting and screen advertising.

mm2 is split into the following 3 segments:
1. Production and distribution
mm2 is the producer of some of Singapore’s local highest grossing films such as Ah Boys To Men. The income from this segment is derived from the sale of rights, producer fee income and consultancy fee income; box office receipts of the movies released and sponsorships associated with the production of films

mm2 core business lies in the production and distribution, but in 2016, with vertical expansion into the post production business via the acquisition of Vividthree Productions and cinemas operations via the acquisitions of 2 cinemas in Malaysia and 50% of Golden Village has given the group new income. By the horizontal acquisition of an increased number of regional titles for distribution, and the significant increase in the number of productions, mm2’s core business contributed 78% of its revenue in FY16. In general, mm2’s strategic moves have helped it to consolidate and strengthen its competitive advantage as a content producer

1. Asia to play role in its expansion plans
➢ mm2 continued its expansion outside the region through the acquisition of an increasing number of Asian distribution titles. There has been a significant increase in number of productions and co-production in Singapore, Malaysia, Hong Kong, Taiwan and China.
➢ The Group’s North Asia productions have contributed 22% of total revenue in FY16, up from 20% in FY15.
➢ The Group’s productions in these markets to form a bigger part of its revenue in the coming financial year.

2. Expansion into the Cinema industry
➢ As at the end of FY16, mm2 has gained valuable experience operating its 2 cinemas in Malaysia. With its aggressive acquisition of cinemas in Malaysia, mm2 is poised to become the 4th largest cinema operator with the acquisition of 13 multiplexes from Lotus Fivestar. mm2 is poised to further strengthen its position as an established regional content producer

3. Monetisation of IP
➢ By acquiring Vividthree Productions, mm2 will be able to monetise its IP across different countries and different platforms, strengthening its source of income.
➢ With an over-the-top (OTT) content platform in the pipeline, mm2 is well positioned to provide the whole package of production, distribution and exhibition of transmedia content.

4. Acquisition of a majority stake in the UnUsUaL Group
➢ In February 2016, mm2 acquired a 51% stake in UnUsUal Group, one of Asia’s largest promoters and organisers of shows and entertainment acts
➢ UnUsUaL’s strong presence in Asia, along with their network of regional artistes whom they have worked with, will synergise with the Group’s continuous growth in North Asia
➢ The listing of UnUsUal will enable mm2 to crystallise gains and unlock value.

Mm2 has a proven track record of producing media content that is well received by the Singaporean audience. With its aggressive expansion into the Cinema operations segment, it will help mm2 to build a stable recurring income base. Also, its expansion into the Chinese market may reap rich rewards as the market is much larger than North Asia and the production are of a larger scale with a larger budget. Unless mm2 hits a dry spell and are unable to produce either good scripts for production or are unable to secure funding for production, the aforementioned growth drivers will propel mm2 in the near future.