It has been more than a week since the submission of a proposal to SGX by Sembcorp Industry and her subsidiary Sembcorp Marine (SCM) to raise fund of $2.1b for the SCM, and for the demerger between the two entities.

This post was originally posted here. The writer, Brennen Pak is a veteran community member and blogger on InvestingNote, with username known as BrennenPak and has 3543  followers.

As mentioned in the proposal, the extraordinary general meetings (EGM), for the SCI and SCM shareholders, are likely to convene on the same day in end August/early September. While there may be several resolutions to be tabled at the two EGMs, the success of the whole proposal depends on three items that are inter-conditional:

It is likely that Resolution (a) will be accepted by SCI shareholders. SCI has been encountering dwindling dividends over the last few years, partly due to results of SCM. The proposed dividend in specie of between 427 to 491 SCM shares priced at 20 cents per share (note that this is not necessary the future trading price) for every 100 SCI shares owned, is a significant premium over the past cash dividends. On paper, for every 100 SCI shares owned, the shareholders get between $85.4 and $98.2. (Again, note that this is only theoretical because SCM’s share price will change going into the future.) However, based on the price of $0.20, it takes a significant drop in SCM’s trading price before it falls below SCI’s dividend last year. 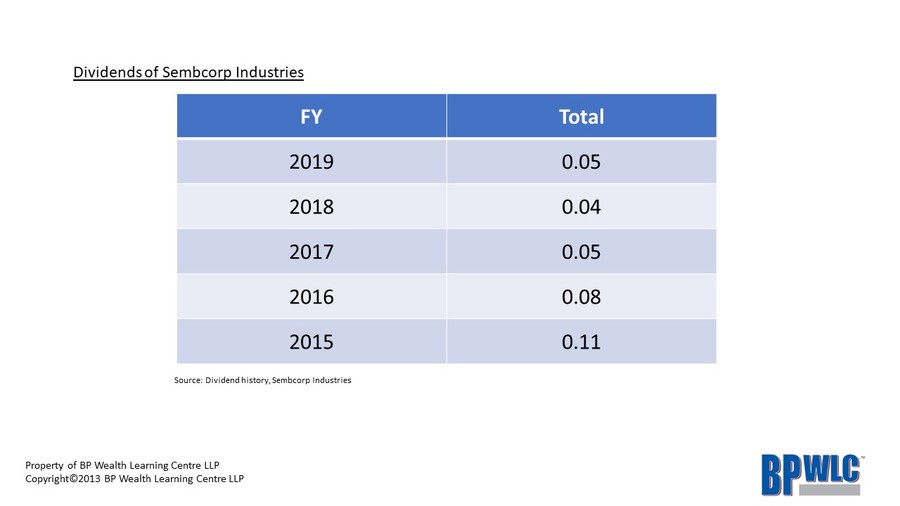 I empathize with the minority shareholders, it is likely that many would not want to agree on the resolution (c), especially with the fact that SCM shares have been sliding in value in the last few years. Voting for the resolution would exacerbate the situation as it means the existing shareholders would have to fork out more money to subscribe for the rights share in order not to dilute their stake in SCM. This is likely the sore point for the minority shareholders especially when its prospect remains relatively weak. However, given that SCI is still the 61% majority shareholder of SCM, the fate of this resolution, in effect, lies in the hands of SCI. Based on the following extract from the proposal document, SCI had given the undertaking that she will vote in favour of the rights issue.

The real issue lies in the uncertain prospect of SCM going forward. At the ongoing trading price today, it is trading below 0.5 price-to-book value. It is already deep in value. Even if the minority has the power to block the deal and to make the situation remains status quo, the future prospect remains very milky. It takes the oil price to hit at least $60 per barrel sustained over a period of 9 to 12 months before the demand for deep sea oil exploration equipment and oil rigs can really gain traction. It is not impossible but at best, can only happen 1-2 years down the road, especially with the glut worsen by the pandemic.

Note: The writer does not have any SCI or SCM shares. The write-up is only an opinion offered by the writer. It is not the intention of the writer to swing shareholders of SCI or SCM into agreeing or disagreeing with the stated resolutions. It is also not a recommendation to buy or sell the said securities now or in the future.

Once again, this article is a guest post and was originally posted on BrennenPak‘s profile on InvestingNote.