Like most of everyone else, TTI’s portfolio ROI declined in May, alongside the volatility and market uncertainties from the trade wars.

Again, not much activity here, took profit on a tiny itsy bit of Geo Energy to redeploy into US markets, otherwise, holdings remain the same. I’m also not really spending much time looking in these waters.

Again, nothing much to talk about here,the bond portfolio is approximately SGD 550,000.The intention is to leave all coupons to compound, with next to zero activity here.

The 2 biggest/most irritating losers are Centurylink (CTL) and Chesapeake Energy (CHK). I remain fairly optimistic about CTL, I just think the management needs to show a single quarter of revenue gain or even, just stabilization, and the share price would pop through the roof. In the meantime, I’m collecting like a 8% yield after the witholding taxes.

CHK on the other hand, is dead in the water. While Lawler has done a fantastic job deleveraging over the past couple of years, this may be too mammoth a task for him. Or he may need several years more. There’s hardly any difference in both scenarios.

Overall, I’m pretty pleased with how things are turning out for my US portfolio. Despite a drop of around 5% due to the trade wars in May, the gap between my ROI and the passive benchmarks is increasing, and the 3 indices I compare against are all at the 9-10% mark, and that puts my ROI this year at 3x that of mere mortals.

Alongside the huge volatility in May, the USD-SGD pairing also showed massive movements.

I don’t even think there’s such a thing.

But since my options activities generate a ton of USD, I’m naturally exposed to forex movements. With the recent drop in USD-SGD due to a perceived probability of the Fed lowering interest rates, I’ve taken the chance to swap out more SGD into USD, thus firing up my USD proton cannon again. It was really a great chance for me as the SGD was building up, and I simply refused to change it into USD at any rates above 1.37, thus had to end up borrowing USD for some of my US positions.

This value is likely to increase soon though, cos over the next few weeks, I’m likely to inject some serious cash into my US portfolio in anticipation of building up a new, possibly core, position. Still doing the groundwork on that idea.

Property is something that I only sparingly mention about in this blog. Cos I ain’t no expert here, I think there are already enough ppl who say they are property experts around.

Having recently completed the sale of a property, I now hold quite a bit of liquidity:

SGD 593k worth of bullets for deploying.

I haven’t quite decided what to do with it, so the money is just languishing around collecting meager interest. And a lot of annoying calls from folks who want to tell me how they can make me (and themselves) richer.

Currently, I’ve narrowed down to 3 options:

1.Throw this entire SGD 593k into my property fund, and pray pray pray for a crash soon. This would bump up my SG property fund into a SGD 900k kitty, which would give me a ton of mileage if we get a crash.

2.Deploy half into US Options investment portfolio, and stuff the other half into SG property fund.

3.Find the next high conviction idea for a core position, something like Wirecard (Best. February. Ever.)

everything at it. Go big or go home kinda stuff.

I really haven’t any idea what I’d do right now. SG property is still going ballistic. I’ve been looking and searching and viewing and saving and waiting for like… 3 years now, and after a slow and small little trough that’s hardly felt by anyone, the prices have gone through the roof again over the past few quarters. 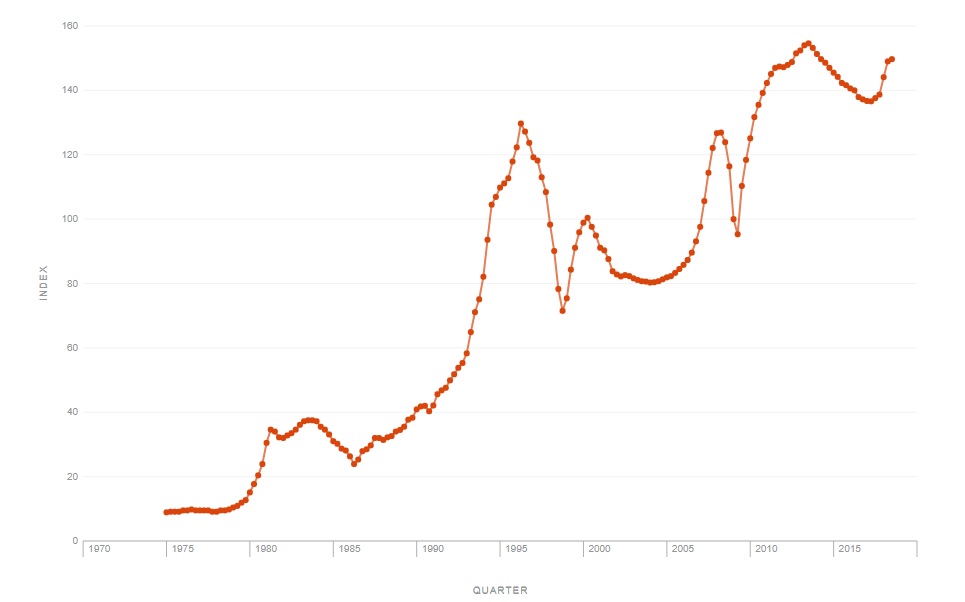 IV Tramadol has proven to be just as efficacious as IV Morphine (secondary end goal), and the markets are cheering what seems to be a straight runway all the way to a new drug application (NDA)

NDA is guided to be done by Q4 of 2019, which is consistent with their previous guidances.

TBH, although I wrote that I expected a catalyst upon the release of this 2nd Phase III results, even the rapid gain in the share price surprised me.

Why so? Well, cos…. I’d long expected the results to be positive! What else were you guys expecting?

Like I mentioned in the post, IV Tramadol is widely used practically everywhere else in the world, particularly in Asia and Europe. We’re not exactly talking about some novel drug with high risk of uncertainty here.

FDA still requires an independent Phase III trial (2 actually, not just 1) to be done, because that’s just the rules. Cos… well, some drugs have different effects on different populations, so ATXI and any other sponsors actually, can’t just tell FDA: “hey look, this works great on the Europeans!”

Still, this is an analgesic. Pain medication. I dunno how much difference it can have physiologically.

Anyhow, my ATXI position is currently looking really good, and I continue to hold. (Sold a tiny little bit but that’s to get rid of odd lots that irritate me, not really to take profit)

From Lucy Lu’s investor call, we know that the company is now in the final phase of preparing for a NDA. I don’t see any hiccups on the horizon, so it’s probably going to be uneventful.

You can read about the call here:

There’s still a huge discount in the current share price to the take over price. When asked about this, Lucy Lu’s answer (if I can just summarise it. She went on and on but actually really meant 1 thing), was that the company hasn’t gone out to raise it’s profile, so she thinks it’s simply cos of ignorance that the markets are “undervaluing” their shares.

In TTI’s opinion, whilst I certainly don’t think the markets are efficient, I also don’t think “ignorance” can explain the large discount in the share price currently.

IMO, I think the share price will continue to trend upwards closer to the takeover price of $13.92, but probably hover around the $8 – $9 range (just a random guess!), which is like a 40% discount or so, to reflect the uncertainty of the FDA application process.

Of course, if FDA approves, the share price will most certainly jump to the $13.92 mark, and in all likelihood, exceed that, to reflect the additional CVRs attached to the takeover offer.

Having looked through the 2nd Phase III results and the conference call, I intend to continue holding onto my ATXI positions, and/or possibly add to it on the dips.

Oh trust me, I’m trying everyday. But it’s low liquidity with wide spreads and the share price is just running so fast ahead. And I just don’t like chasing it.

Oh yes, before I forget… not sure if I mentioned this in my earlier post, but the initial idea of Avenue Therapeutics was brought to my attention by a reader.

Said reader has declined to be named or credited, and has requested that I don’t post any of our correspondence, so that’s all I can reveal.

His email set off a chain of events, leading me to spend countless hours researching on IV Tramadol, and an eventual position.

On a different note, I’m also thinking that updating the portfolio performance every month is really too much of a hassle and, it’s probably also not useful. I mean, it’s where we end up at the end of the year that matters right, who cares what happens in between.

That’s all I have here.

Once again, this article is a guest post and was originally posted on ThumbTackInvestor profile on InvestingNote.