This column is written by @j_chou.

Jay has an interest in global macro trends, financial markets and equity research and enjoys applying a combination of the three in his investments. His eventual investing goal is to manage a risk parity portfolio and achieve true financial freedom. 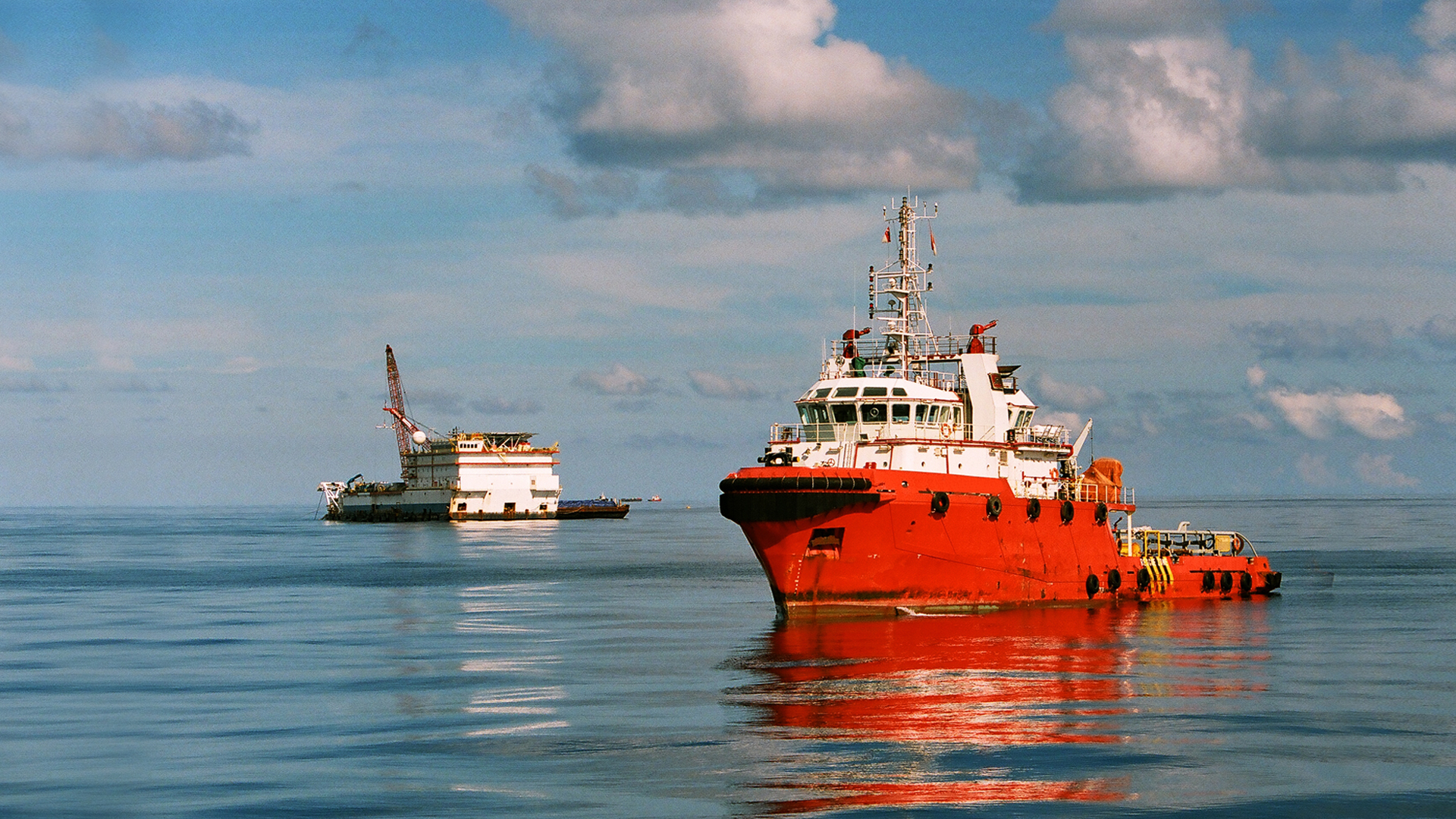 Vallianz Holdings Limited is an established provider of offshore support vessels (“OSVs“) and integrated offshore marine solutions to the oil and gas industry. Headquartered in Singapore, Vallianz serves oil majors and national oil companies worldwide, and focuses on supporting customers’ offshore oil and gas exploration and production operations. Today, the Group owns and operates a young fleet of 55 OSVs while its associate owns and operates another 20 OSVs. Vallianz covers markets in the Middle East, Central Asia and Southeast Asia.

Vallianz was not spared from the downturn in the oil and gas industry as it struggles to keep its finances under control in order to stay afloat. Despite positive news in the form of numerous contracts from the Middle East revenue has been decreasing year on year from FY15 as the company continues to weather the brunt of the negative impact from decreased capital expenditures and offshore drillings from the international and national oil companies.
Management has been active in restructuring the company’s finances to ensure short-term liquidity but it is at best a temporary measure; in the current climate of low oil prices Vallianz is not in control of its own destiny. Given a rising interest rate environment if the situation persists there is a higher probability of the company defaulting then to expect a reversal of fortunes.

Following Swiber and Ezra saga, Vallianz next in line to face the risk of default:

-US$64.4M of Vallianz’ US$93.4M receivables were exposed to the effect of Swiber being placed under judicial management. If these receivables are impaired, this will lead to a net current liability position of Vallianz. Additionally, during the financial period ended 31 March 2017, a non-repayment of the instalment payment by a 51%-owned subsidiary corporation of the Group triggered a technical default on its loan arrangement.

Aggressive restructuring of finances by Vallianz:

-Due to the business slowdown in the offshore oil and gas industry, Vallianz recorded net impairment expenses totaling US$214.6 million for certain of its assets in FY2017. These exceptional expenses caused the company to slip into the red in FY2017 with a net loss of US$158.2 million. The impairments were required to ensure short-term liquidity.

-In March 2017, Vallianz’ debtors have agreed to restructure the repayment term of their short-term borrowings to approximately 8.2 years from an average of approximately 5.8 years previously. As such, the maturity of the borrowings has been extended to December 2022, which relieves the company’s cash flow by US$103.5 million over the next two years.

-In February 2017, the Group entered into agreements with certain trade creditors to settle S$7.6 millions of trade payables via the issue of new ordinary shares in Vallianz, representing 9 per cent of share capital. In June 2017, Vallianz trade creditors agreed to subscribe all trade payables into 156 million in settlement shares of the marine company at S$0.02 apiece, representing 3 per cent of the companies’ share capital.

-Awarded long-term charter contracts with total value of up to US$388 million. Lifted order book to US$1.03 billion. The majority of charter contracts are with Saudi Aramco, which now constitutes around 90% of current book orders.

-Marked entry into new markets with three-year charters of two OSVs to offshore marine services companies in Egypt and Turkmenistan.

-Vallianz currently has 14.0% market share in the Middle East, which is the 4th largest.

-Vallianz’ ability to secure long-term contracts with Aramco is most definitely a result of their relationship with Rawabi, who has strategic connections with the national oil companies (NOC) in the Middle East.

-Various creditors have given management a vote of confidence by agreeing to delay repayment of Vallianz’ debt and to convert payables into shares at a 33% premium of current share price of $0.02; indicating that they may have confidence in management to tide through the current crisis and restore investor’s confidence in the stock.

-Vallianz’ business model is 85% dependent on vessel chartering, hence even if oil prices were to rebound major oil companies are unlikely to increase oil exploration and production in the short term due to uncertainty. Hence, this will signify a lack of demand for Vallianz’ services for the short to medium term. 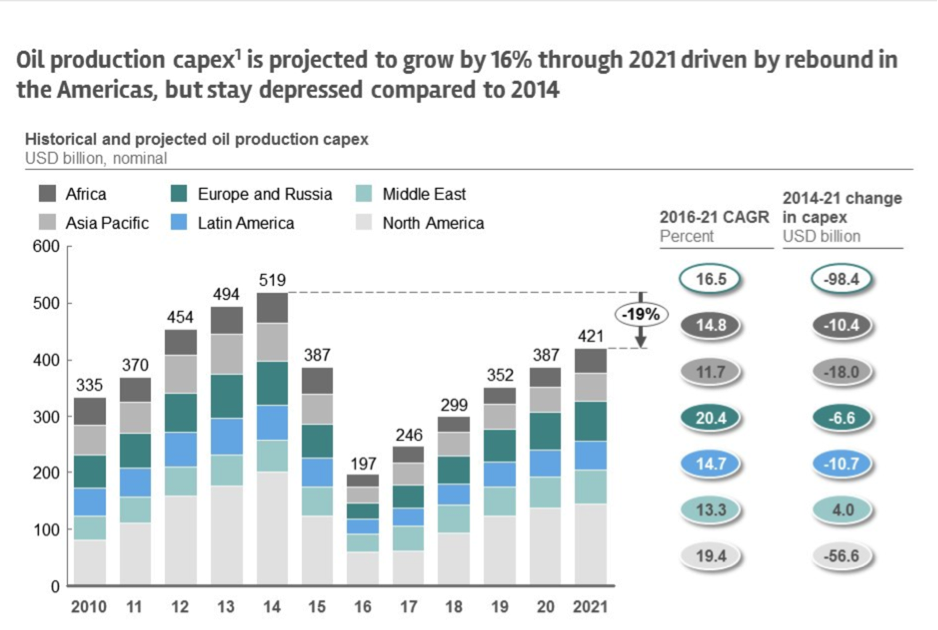 -However, a tailwind for Vallianz as Middle East region is slated to recover the fastest in terms of oil production from an oil rebound.

-Influx of competitors into Middle East due to decrease in demand in Asia and other regions has resulted in cutthroat competition for charters. Vallianz has already felt the effect of competitive pricing, reporting a 10% decline in charter rates from Aramco.

-As competitors are also likely facing financial difficulties, prices have reached unsustainable levels as utilization and debt servicing is prioritized over profitability. This is unlikely to change in the short term hence expect to see Vallianz’ revenue decline in the Middle East.

-The company is not likely to have any pricing power given the influence of Aramco and the over-reliance of Vallianz on Aramco. Hence, revenue is unlikely to increase in the future unless Vallianz is able to secure contracts with other partners.

-High probability trade payables from Swiber will be impaired given Swiber’s financial position, this will result in a net liability position for Vallianz. Hence, though Vallianz boasts of a $1.03 billion order book, the lack of working capital will imply that Vallianz will not be able to continue to operate as a going concern.

-With net gearing at 1.66x it is highly likely management will issue more shares to finance projects, hence high risk of share dilution. 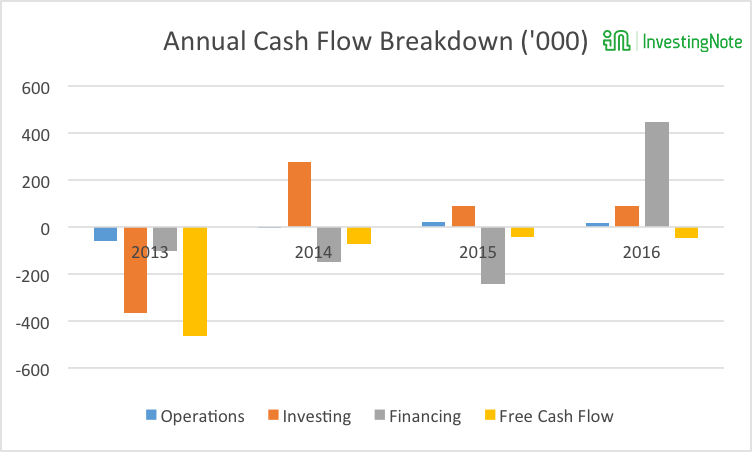 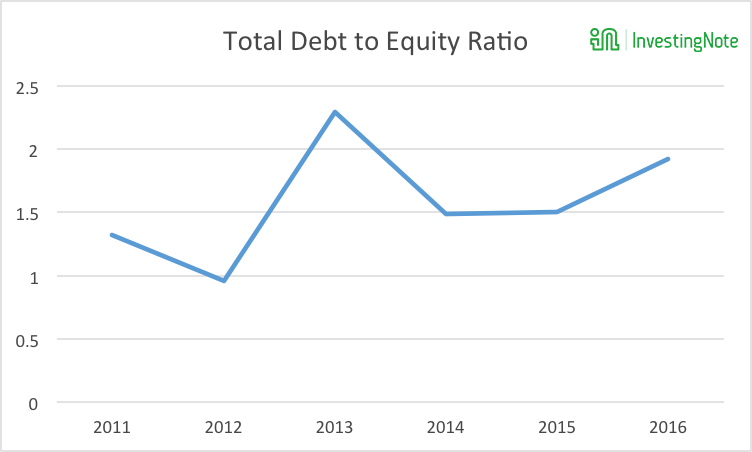 Typical of an O&G company Vallianz has high levels of leverage. Debt to equity ratio ballooned to 1.9x as compared to 1.4x in FY14 despite lack of capital expenditure as the company took on more debt for repayment of payables and short term debt. Though Vallianz has managed to successfully decrease their net debt position from US$443M in FY15 to US$368M in FY16 it has come at the cost of shareholder dilution through debt-to-equity swaps.

Could Vallianz be potentially undervalued?

At normalized earnings, Vallianz’ has an ROE of 9%, which is surprisingly high. Given the company’s Price to Book value is at an extremely low 0.3x, it could signal that the stock is undervalued. Though it should be noted in the current climate book value could be vastly overstated.

The recent bankruptcies of Swiber Holdings and Ezra Holdings highlights the volatile nature of the offshore and marine industry. In both cases the companies were plagued with issues of being overleveraged with unprofitable operations due to low oil prices. Comparing Vallianz’ position we can have a better look at whether the company will follow in their footsteps.

We can see from the table that from Ezra’s astronomically high debt to equity ratio and net liability position resulted in their default; whilst Swiber and Vallianz are more similar in terms of their debt and liquidity positions. The catalyst for Swiber’s default was that it was unable to refinance through equity and failed to secure loans to repay their short term debts and payables. A similar incident can befall Vallianz given the parallels with Swiber’s situation, but Vallianz strategic partnership with the influential Rawabi Holdings may just be sufficient enough to secure financing.

To assess the future prospects of Vallianz we must employ a top-down approach as with majority of companies in the oil industry. Oil prices significantly impacts the topline of major international and national oil companies, which affects the rate of expansion and hence amount invested into capital expenditures as the industry is faced with uncertainty. This has a trickle-down effect on offshore support companies such as Vallianz who is dependent on the IOCs and NOCs for growth.

On a positive note, oil prices are historically cyclical and given that prices have been low for the past 2 years it is foreseeable that prices may tick upwards in the near future. This will have a positive effect on share prices in the short term and will allow Vallianz to project improving cash flow position and secure financing more easily.

However, the downside here is far greater than the upside. Even if oil prices rebound to over US$60/barrel it is unlikely for the big players to immediately increase capex due to uncertainty, hence it may take Vallianz a longer period of another one to two years to realise the positive effects of an oil rebound. Thus, Vallianz is also unable to spend on capital expenditure and propel their growth given their debt position.

Lastly, though relying on the world’s largest oil company Aramco may offer a degree of stability for Vallianz’ earnings, given the competitive nature of the Middle East market it is more likely that revenue will stagnate or decline due to decreasing charter rates.

In conclusion, unless oil prices are up Vallianz is in a precarious position. With the rising interest rate environment Vallianz may face difficulty making good on its debt payments, and may likely to follow in the footsteps of Swiber and Ezra.