An increase in uncertainty in the global markets has exacerbated the dollar bull market and market outperformance.

This post was originally posted here. The writer, Kyith Ng is a veteran community member and blogger on InvestingNote, with a username known as @kyith and has 1091 followers.

With the FED having a mandate to hold the short-term interest rate for a prolonged period of time and their willingness to let inflation run above 2%, it makes us wonders if interest rates would ever tick up amongst the uncertainty.

BCA Research points out that in the past 30 years, there has been a strong link between major moves in real 10-year yields and the amount of excess savings in the economy.

Currently, the gross private savings have been very well boosted by the fiscal stimulus but also that people tend to become more prudent when things are uncertain.

As people’s salary regain traction and consumer sentiment recovers, it is likely the savings rate will decline and perhaps yield might start moderating upwards.

BCA has this idea for people to remain overweight global equities in your core positions but it would be good to pair with a portfolio of stocks to short. These are the stocks that are particularly vulnerable if the market corrects.
END_OF_DOCUMENT_TOKEN_TO_BE_REPLACED

Part 2 Of My Fund Report That’s exactly what I’ve been doing in September.

I’ve managed to dance between the raindrops in the past month or so, as TTF continued to grow strongly, largely on the backs of just a couple of nicely timed positions.

1 of which is to enter into long positions in BBBY just the week before earnings release: 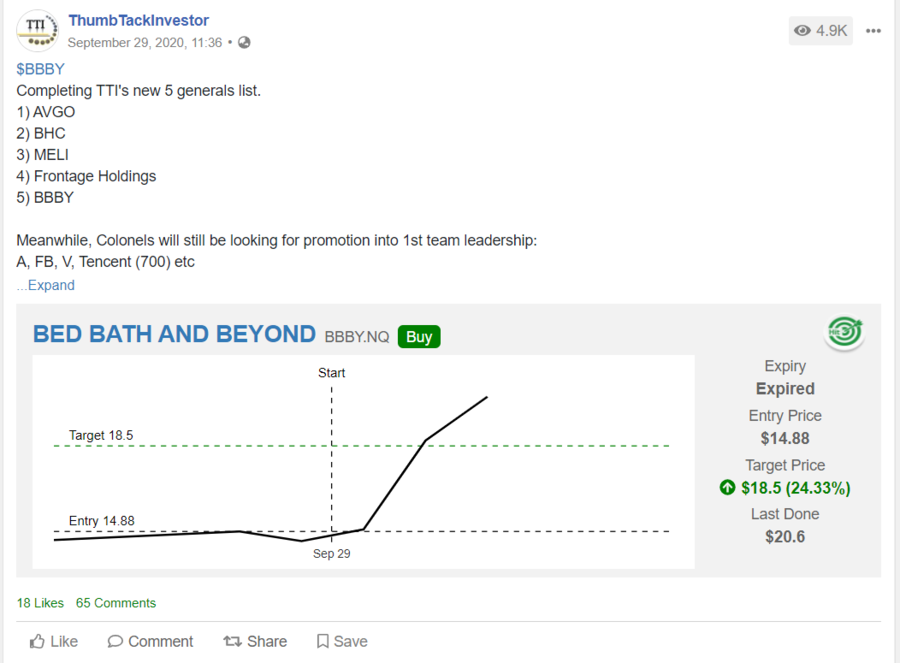 Time for some numbers: 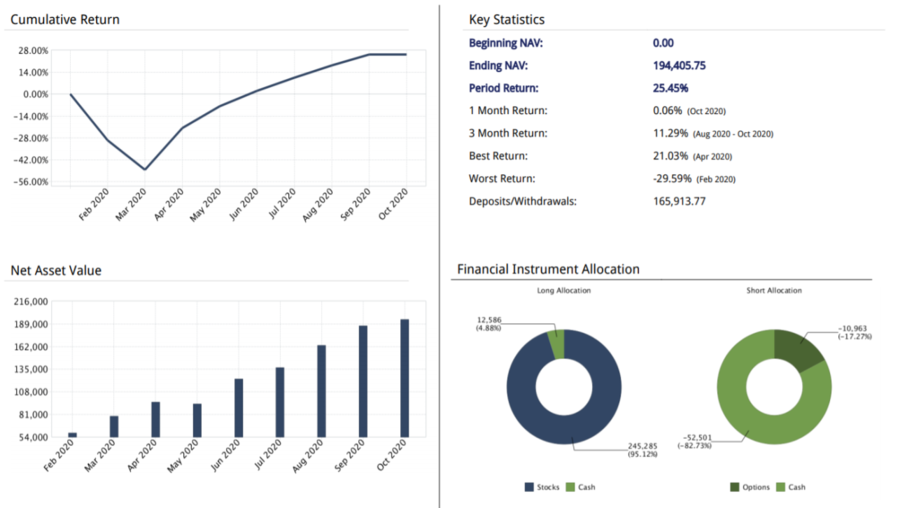 This compares favorably with the 3 benchmarks I use:

I’m pleased with how TTF managed to dance between the raindrops, bucking the trend and adding further gains in a volatile September, from a YTD return of +15.46% to the current +25.45%, adding 9.99% to the returns in September alone.

Since the last report about a month ago, SPY has dropped 2.32%, reflecting the correction in tech in September. VT has dropped 1.3% YTD, tracking the decline in S&P.

STI has remained fairly “resilient” by dropping only 0.43% in September, but then again, a -20.85% YTD return is scant comfort. I guess GOT wisdom applies here: “What is dead, may never die!”

TTF’s top 5 generals is a highly coveted list… and truth be told, I’m surprised that I’ve made changes to the 5 names more frequently than I expected to when I started in Feb.

The reason why I’ve decided to write about similarities as well as differences between investing and trading today is because, of late, I have noticed many newbies mix up between the two – some of them are looking to buy companies to hold for the long-term (but refer to them as “trading”), while there are some who are looking for short-term profits (but refer to them as “investing”.) This post was originally posted here. The writer, Lim Jun Yuan is a veteran community member and blogger on InvestingNote, with username known as ljunyuan and has 1230  followers.

I hope that, after reading through this simple post, you will have a better understanding about both investing as well as trading: END_OF_DOCUMENT_TOKEN_TO_BE_REPLACED