This post was originally posted here. The writer is a veteran community member and blogger on InvestingNote, with username known as SmallCapAsia.

With a higher than average tolerance for risk, I’m a big fan of growth shares and you’ll find a number in my portfolio.

I’m looking at adding a couple more to my portfolio in the near future and three that I’m considering are listed below. 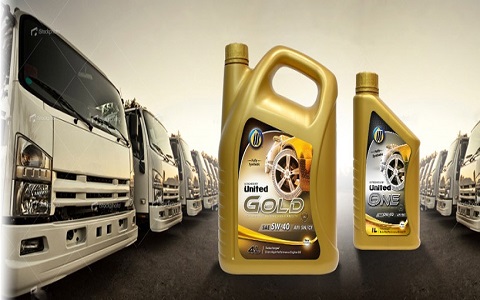 United Global Limited is an independent lubricant manufacturer and trader providing a wide range of high quality and well-engineered lubricants.

The company produce their own in-house lubricant brands such as “United Oil”, “U Star Lube”, “Bell 1”, “HydroPure” and “Ichiro” as well as manufacturing lubricants for third-party principals’ brands.

United Global Limited serves clients mainly from the automotive, industrial, and marine industries. To date, the company has a wide distribution network covering over 30 countries. 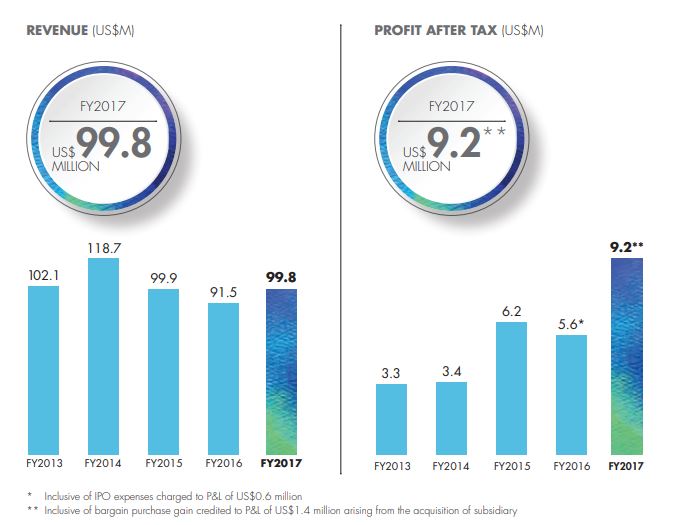 United Global Limited revenue has been moving in sideways in the past 5 years. Despite that, its bottom line growth has delivered spectacular results. From FY2013 to FY2017, the company’s revenue was hovering around USD 100 million.

The improvement in profit margin was mainly due to the increase in manufacturing sales volume, contributed by PT Pacific Lubritama Indonesia (PLI), which was acquired on 20 July 2017.

Looking forward, the company strive to expand its business via strategic partnerships and joint ventures. 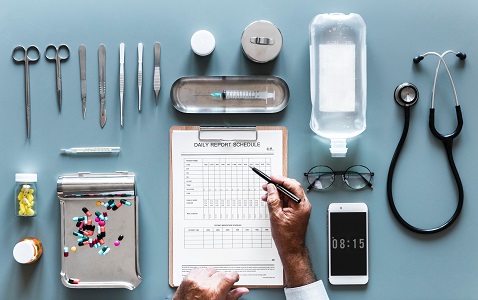 Singapore Medical Group (SMG) has more than 27 clinics strategically located across Singapore and has a network of more than 20 medical specialities. 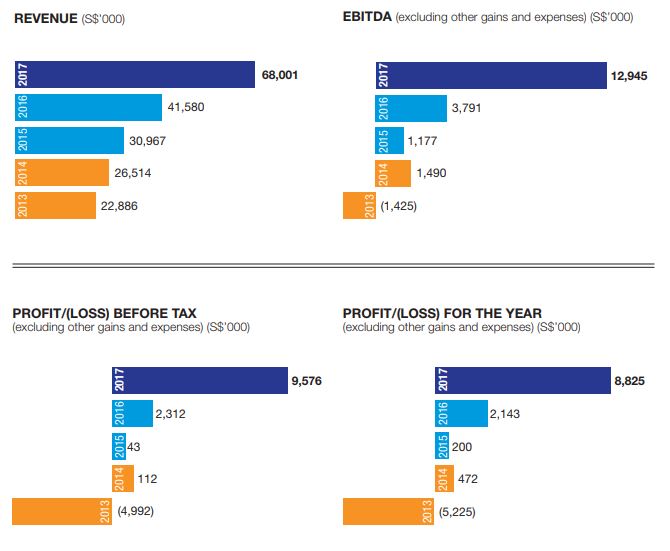 Singapore Medical Group has been focusing on business expansions via M&A in the last two years. It is now witnessing double-digit growth at its existing private healthcare business.

The growth in 2017 was boosted by its expansion into Vietnam’s private healthcare market with an investment in CityClinic Asia. In the first half of 2018, SMG continued to grow impressively.

Following the acquisition of SW1 Clinic in April 2018, SMG is currently on track to launch a brand new 4,000 sq feet aesthetics centre in Vietnam this month.Besides that, the group looks set to open the second SW1 clinic at OUE Downtown Gallery by the end of this year, while continuing to grow its healthcare network through new paediatrics and dental clinics.

As of November 16, 2018, Singapore Medical Group is trading at S$0.405 per share which translates to a PE ratio of 17.61. In addition, the management indicated that it will begin implementing a formal dividend policy and share buyback mandate in FY19. 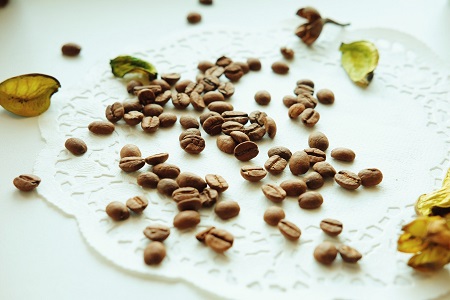 JB Foods was established in the 80’s as a processor of wet cocoa beans to dry cocoa beans. Today, the company is mainly involved in the production and sales of cocoa ingredient products, namely cocoa butter, cocoa powder cocoa mass and cocoa cake.

JB Foods has 2 factories located in Johor, Malaysia and Gresik, Indonesia. It is one of the major cocoa ingredient producers in the region with a total processing capacity of 145,000 metric tonnes of cocoa beans equivalent per year.

Despite the lower revenue, gross profit soared to USD 31.9 million from USD 13.6 million in FY2016, on the back of increased sales volumes and improved operating efficiency. Net profits were even more astounding, more than tripling from 3.8 mil to 14.2 mil in the same period.

As a manufacturer of cocoa products, operating cost of JB Foods is largely tied to the price of Cocoa. The current price range of cocoa is significantly lower than the prices seen from 2014 to 2016.

Following the improved cocoa processing environment in 2017, the company is cautiously optimistic about the cocoa industry.

Moreover, JB Foods is also well-positioned to drive growth by tapping on emerging markets like China, India and Indonesia in the future. 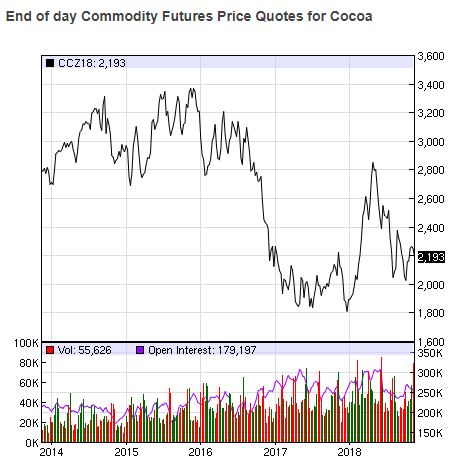 Once again, this article is a guest post and was originally posted on SmallCapAsia‘s profile on InvestingNote.