This post was originally posted here. The writer, Ernest Lim is a veteran community member and blogger on InvestingNote, with username known as el15 and 400 followers.

Sixpoints attracted me to Wilmar. Let’s take a look. END_OF_DOCUMENT_TOKEN_TO_BE_REPLACED

Elite Commercial REIT has all the right metrics you would look for in a worthy Reit to invest in. Great looking yield, long wale, low debt to asset, freehold property and a tenant that looks like someone who you expect to be the last to default on their rent. Sometimes it is either I overthink things or that I am absolutely right to be a little more skeptical.

Private equity firm Elite Partners is looking to IPO Elite Commercial Reit. A lot of the context for how to look at this REIT is shaped by the people associated with supporting this REIT.

My mode is wary for two reasons:

That said, it doesn’t mean I am always right in the short term. END_OF_DOCUMENT_TOKEN_TO_BE_REPLACED

This article, Vividthree IPO: Here are 5 Key Things You Should Know was originally posted here. He is a veteran community member on InvestingNote, with username known as SmallCapAsia. Vividthree Holdings can trace its history back to 2006, where they started out as a visual effects studio. Today, they are involved in creating content for the various platform by leveraging on the virtual reality (VR) technology.

In addition to that, they also provide Post-production services, mainly in visual effects, computer-generated imagery, and other post-production related work.

The company was previously owned by mm2 Asia with a 51% stake. Last month, Vividthree entered into a restructuring agreement to spin-off from its parent company and to be listed on the Catalist board.

The company is placing 51.8 million new shares at a price of S$0.25 a piece during the IPO period. The total number of issued share in the company immediately after the placement will be 334,011,764 shares.

Unfortunately, the IPO is not made available to the public and its prospectus did not provide any information about the cornerstone investors.

Koufu, Singapore’s most famous food court brand, gets listed with a market capitalisation of about S$350 million, with a P/E ratio of 12.94.

Koufu Group, Singapore’s most well known food court operator on Wednesday made its debut on the Singapore Exchange’s (SGX) mainboard at S$0.65, 2 cents or 3.2 per cent up on its initial public offering price of S$0.63 according to ChannelNewsAsia.

Pang Lim, Koufu’s executive chairman and chief executive officer, said its listing was “a vote of confidence for our group and a recognition of our established track record and growth plans.”

According to ChannelNewsAsia, at the close of Koufu’s public offer at 12 noon on July 16, 3,170 valid applications were received for 107.7 million shares. Application monies received amounted to about S$67.8 million, translating to the public offer being 17 times subscribed.

Koufu was founded by executive chairman and CEO Pang Lim in 2002. His wife and executive director, Ng Hoon Tien, is a co-founder. Their main business for the IPO is provision of F&B for food courts, coffee shops, as well as other establishments. They are also in charge of the management and operations of Punggol Plaza.

END_OF_DOCUMENT_TOKEN_TO_BE_REPLACED

This post was original posted on smallcapasia.com and reproduced with permission from the author. 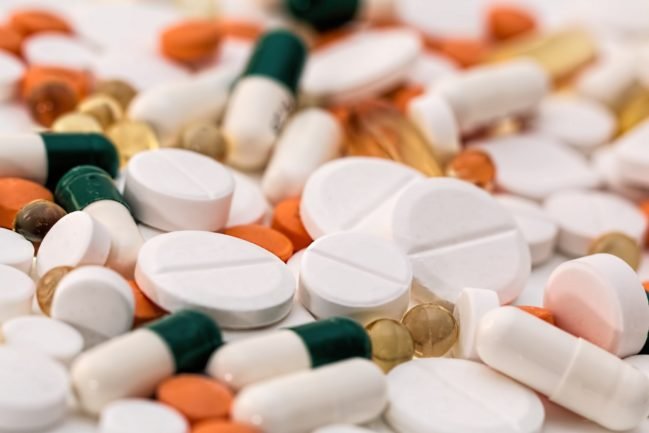 Hyphens Pharma is a speciality pharmaceutical and consumer healthcare group with a direct presence in five ASEAN countries, namely, Singapore, Vietnam, Malaysia, Indonesia, and the Philippines.

The company was incorporated in Dec 2017 as a private company. It sells speciality pharmaceuticals, a proprietary range of dermatological products and health supplement products through Hyphens and Ocean Health Singapore, and medical hypermart and digital supplies.

Here Are 5 Quick Things you need to know about the IPO: END_OF_DOCUMENT_TOKEN_TO_BE_REPLACED The deal size is for 125mil shares at a price range of 23c to 28c per share. This would place its total raised to anywhere in the range of $28.75mil to $35.0mil. END_OF_DOCUMENT_TOKEN_TO_BE_REPLACED

A joint-venture (JV) between Keppel Corporation and KBS Pacific Advisors is seeking to raise $448mil in a Singapore initial public offering of Keppel-KBS US REIT (KKREIT).

This post first appeared on ProButterfly.com on 31-Oct-2017 and also on InvestingNote. It was written by our veteran community member, Tam Ging Wien, author of REITs to Riches: Everything You Need to Know About Investing Profitably in REITs.

The KKREIT is a Real Estate Investment Trust (REIT) which draws rental income from 11 office properties across 7 major US cities including Seattle, Austin, Houston and Atlanta. The assets are a mix of prime and sub-urban office spaces.

At the time of writing, KKREIT has just lodged a preliminary prospectus for a listing on the Singapore Stock Exchange (SGX) mainboard. There is a total of 262,772,400 (262.77mil) units on offer at a price of US$0.88 per unit. The IPO and trading of the units will be denominated in USD. END_OF_DOCUMENT_TOKEN_TO_BE_REPLACED

Union Gas Holdings is an established provider of fuel products in Singapore with over 40 years of operating track record, is offering (IPO) 60M shares at $0.25 per share on the Catalist board, which will value the company at around 50M.

1.28M shares will be available for the public with the rest via placement. It will start trading on 21st July, 9am. END_OF_DOCUMENT_TOKEN_TO_BE_REPLACED

Netlink Trust IPO #ipo..capturing news as it happens. One of the better prospectus written compare with Hrnet/WorldClass. Absolute must jeep due to the multiple growth story. 5 LEMONS!!! $NetLink NBN Tr(CJLU.SI)

—This post was solely written and contributed by our community member, @GrandpaLemon, in the InvestingNote platform and reposted on our blog.  This article was first posted here.