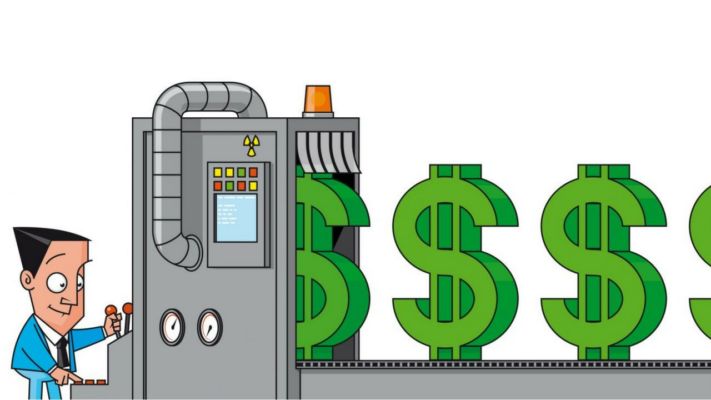 But what if the banks are not functioning?

That is probably the Central Bank’s job to lubricate the system.

The relationship can be best illustrated by observing the balance sheet of the Central Bank and a Commercial Bank as the Central bank announces they will buy commercial loans/bonds. 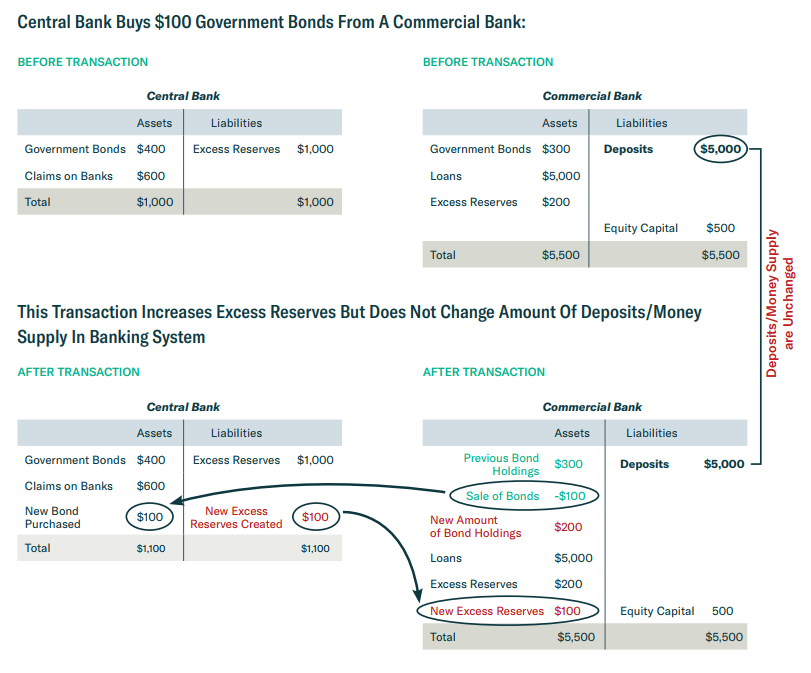 The main operating segment for a bank is to take in your deposit by giving you interest, and then borrowing your deposit out at a higher interest.

To ensure that you can always withdraw your deposit and not have a “run-on-the-bank”, the Central bank will mandate the commercial bank to keep a reserve with them.

Now, when there is a crisis of confidence in the financial system, counterparties have a heightened distrust of whether each other can honor each other’s financial obligations. What the Central bank can do is to either guarantee certain transactions.

Or they can do something novel which is to buy the securities on the commercial bank’s balance sheet. In this case, the Central bank first said they will purchase the higher-quality bonds, then bonds through exchange-traded funds.

To do that, they have to create money out of thin air, through money printing, which you can see as New Excess Reserves Created of $100 on the Central banks’ Liabilities.

In accounting double entry, the matching entry is a $100 New Bond Purchase.

What you would notice is that

Net-net the money supply was not affected by these Quantitative Easing operations.

Where money supply will be created, according to BCA, is when the Central bank lends to or purchases securities from both the commercial banks and economic agents. 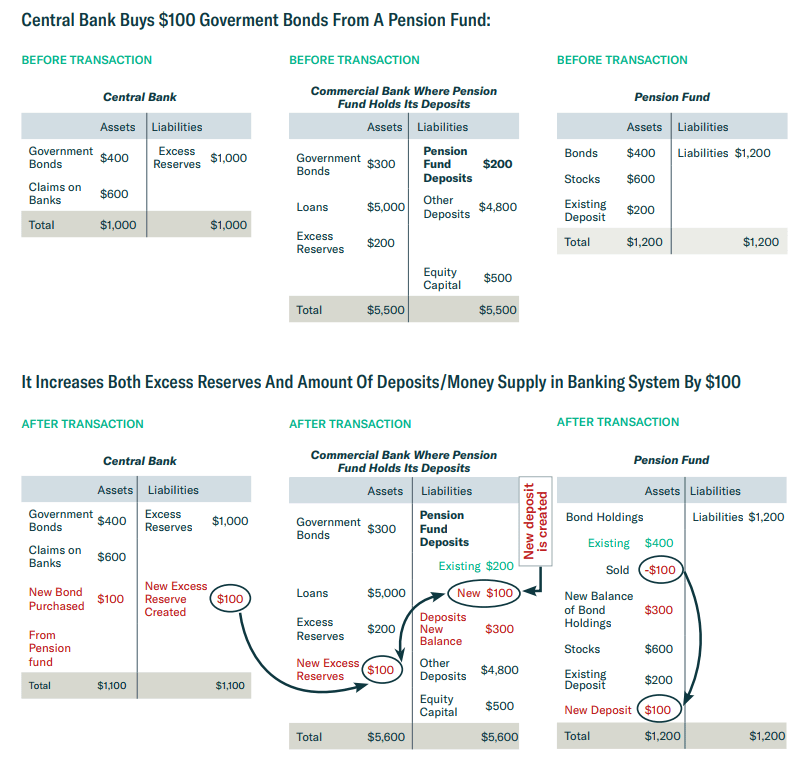 If instead of all deposits, the commercial bank held liabilities in pension fund deposits, then the case might be a bit different.

We introduce the before and after the balance sheet of a Pension fund in the third column.

The New Excess Reserve Created at the Central bank is used to purchase additional Pension fund deposits instead of commercial bonds at the commercial banks.

What this does is that the Commercial bank’s balance sheet expands both on the asset and liabilities end.

The subtle difference is instead of improving their own balance sheet, they go get themselves more levered.

What actually creates new money outside of Quantitative Easing is when commercial banks purchase securities from or loans to economic agents (like the Pension fund in the example).

Can We forecast How Much Money is Created Through QE Operations?

One conclusion we may draw from the previous discussion is that we may not know if the money buys back from the commercial banks or from non-bank entities.

Basically, there is no easy way of predicting the percentage of which.

We do know that the Central Banks may just be getting bigger and bigger.

Once again, this article is a guest post and was originally posted on Kyith Ng‘s profile on InvestingNote.